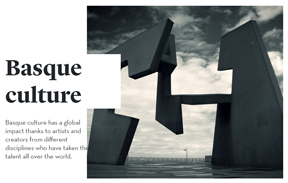 The Etxepare Basque Institute has announced that it will reprint a series of books, originally published in 2012.  According their editor, Marijo Olaziregi, these “hope to provide updated, attractive, and at the same time solid information on Basque creation presented in an accessible way for anyone interested in learning more about Basque culture.” The topics covered include:

Along with being reprinted on paper, they are also available online to download, free of charge in their pdf format. Mila esker to the Etxepare Institute for reminding us about this great resource!

This month’s film of the month is Agur Etxebeste!, the sequel to Aupa Etxebeste! directed by Asier Altuna and Telmo Esnal and are both available in the N.A.B.O. Filmategia. This film tells the story of what happens when Patrizio Etxebeste has to give up his position as mayor, and he names his wife as his replacement.  Much to his surprise, his wife, Maria Luisa, has her own ideas about how things should be run, and begins making changes.  To learn more about the movie, or to watch a trailer with English subtitles, click here. 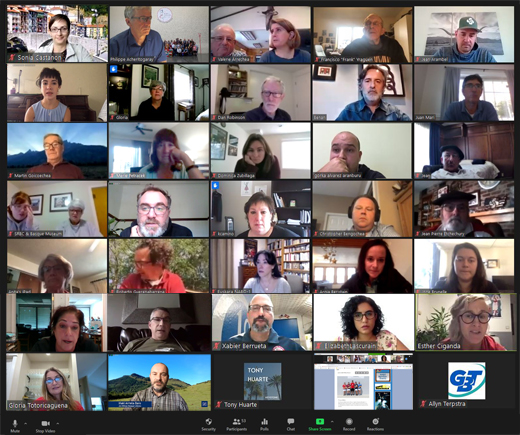 This Saturday, March 13, 2021 the North American Basque Organizations will hold its annual Winter Meeting via Zoom.  The day will begin with a meet and greet at 8am PST, and the meeting beginning at 8:30am.  With the majority of NABO events cancelled again in 2021, this meeting is an opportunity to catch up with member clubs and hear how they have been managing during the pandemic.  Guests at Saturday’s meeting include the new Delegate of Euskadi in the US, Unai Telleria, and Basque Government Representatives, Gorka Alvarez, Director of Basque Communities Abroad, Benan Oregi, from the same department, and Kinku Zinkunegi, Director of the Euskara Munduan Program that is now part of the Etxepare Basque Institute. Among the agenda items will be the consideration of the St. Pierre et Miquelon Euskal Etxea’s application for NABO membership, as well as new nominations for NABO’s Bizi Emankorra, or life achievement award.  Stay tuned next week for a recap of Saturday’s discussions.