Txoko (pronounced "cho-ko" and literally "small corner") is a Basque word used to refer to Basque gastronomic societies. The remarkable feature of the txokos is that the members themselves do the shopping and cooking. In Navarra they are also known as peñas. These gastronomic societies are distinctly Basque members-only, where people cook with at all hours (often quite late) but often it is just an excuse to get together with friends and family, keeping Basque recipes, language and culture alive. Under Francisco Franco's reign, txokos were among the few semi-public places where Basque language and culture could flourish. 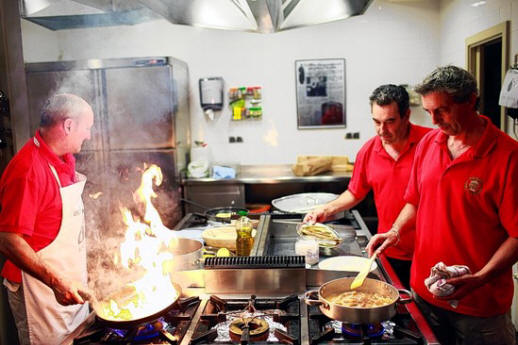 There might well be over one thousand txoko in the Basque Country. In the larger cities these can be formally organized with hundreds of members, but most are smaller with a few dozen members comprised of people from all social classes. Big or small, all follow the same basic guidelines where food and costs are shared for what was used from the shared stock of mealtime essentials--olive oil, coffee, wine, etc. 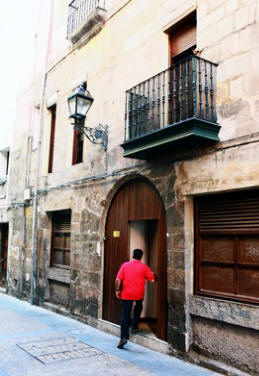 These societies are not open to the public; they are invitation only affairs. All members are free to invite their family or friends to share a meal together, but the member must always be present. This is what also distinguishes these cooking clubs: they are based on a circle of trust and cooperation. Each has a clever system to share a cooking space with all the necessary equipment and basic ingredients. And the hosting member must write down exactly what they've used--here is the trust part--and pay. A txoko doesn't last long if the members cannot trust and cooperate with each other. The duration of some of these txoko show that Basques have figured out how to make it work.

Here in the Basque Diaspora this tradition is being repeated. The Miami Basque Club, for example, started as a Txoko and the Utah Basque Club is refashioning their gastronomic society. Check out this example of guidelines from the Basque Club of Utah (pdf)
The earliest txokos were founded well over a hundred years ago in Donostia--San Sebastian, by men who had recently migrated from small villages. The apartment buildings were too small to host a larger crowd, so some took the initiative to band together and rent a shared space. While male in origin, most txoko are now co-ed, and some are still transitioning. 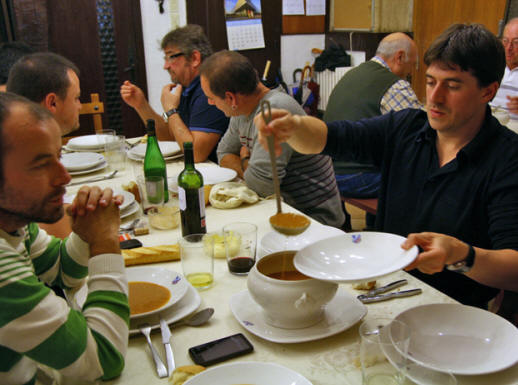 Here in the Basque Diaspora this tradition is being repeated. The Miami (Florida) Basque Club, for example, started as a txoko. The Chino (California) Basque Club had a txoko for a time. And Utah Basque Club is refashioning their gastronomic society; check out their example of guidelines from the Basque Club of Utah (pdf).