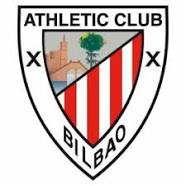 For those that don't know the story, or perhaps missed the headlines, then perhaps I can recap. Joseba Etxeberria, a long-serving player for Athletic Bilbao has offered to play for the club for free next season, which it is believed will be his last before retirement. Etxeberria is believed to be aiming to reach the landmark of 500 games played for Athletic Bilbao.

While much of the focus following this generous achievement has undoubtedly been on Etxeberria and his sincere act of goodwill, I thought that the act itself illustrated perhaps a bit more, beyond Joseba's generous nature. The act itself spoke volumes for Athletic Bilbao as a club, for its principles, its fan and the very nature of the club itself.

For FC Barcelona, the motto of the club is "more than a club". For those who don't know, this motto is itself perhaps bigger than the club itself. For the club itself is not merely a football club, but they are in fact a nation, or rather the hopes of a nation--the Catalan nation.

For the past century FC Barcelona have been one of the key vehicles for Catalan nationalism, fostering a sense of unity and identity in times of persecution under Franco and always allowing Catalan nationalism an international stage on which to show itself.

Yet perhaps the motto "more than a club" could be applied to another club very much in a similar position to FC Barcelona, Athletic Bilbao. Athletic Bilbao are perhaps the lesser known of the two independent "national" clubs in Spain, but are nevertheless as important to its fans as FC Barcelona are to theirs.

Athletic Bilbao are very much the club of the Basque country. A club, whose very existence encapsulates the Basque people, the importance of their people, and indeed their nation.

They are a club who in the early 30's were Spain's most successful team, featuring a fine team including Pichichi (whom the Spanish top scorer annual award is named after). Yet after the Spanish Civil War, a different Athletic Bilbao emerged, for both fans and players.

With General Franco taking over Spain and attempting to make Spain a more united nation, nationalism amongst Spain's regional autonomies became suppressed and as such the minority nationalism and desires for autonomy of both the Catalan and Basque people were actively clamped down on.

While not wishing to go into the tricky debates over Basque nationalism, and the pros and cons of their arguments, with regard to Athletic Bilbao under Franco the club itself took on a new and very distinct meaning. 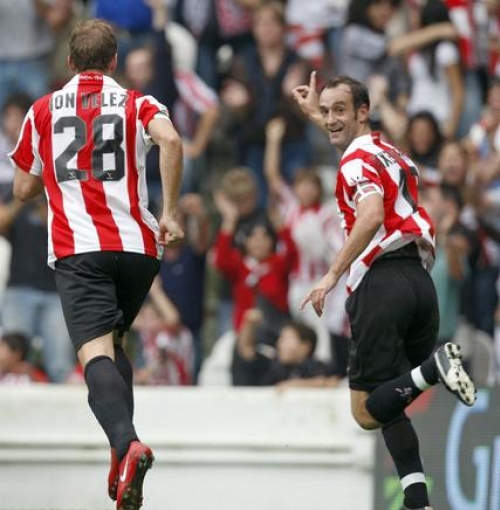 The club came to symbolise Basque nationalism, and when they beat Spanish teams, and especially Real Madrid, it was like the Basque nation itself was winning over Spain.

Another factor which helps foster this link between Athletic Bilbao and Basque nationalism is the club's ultra-successful and famous "cantera" policy. The club itself are probably unique around the world for fielding players of one nationality--Basque.

The club itself will only promote from within, and state categorically that only Basque players can play for them--though in the case of Bixente Lizarazu, sometimes this can mean French-Basques as well as Spanish ones. The club's steadfast refusal to field players of any other race, while other Basque clubs, notably Real Sociedad have, has drawn them widespread admiration from not only within the Basque country, but throughout Spain and indeed the world.

The club itself has never wavered from its belief that Basque players should only play for the club, and the club's cantera motto is Con cantera y afición, no hace falta importación" ("With homegrown teams and supporters, there is no need for 'imports") It is a statement which illustrates and encapsulates the club's belief in its own Basque players and fans.

With this belief in youth development, Athletic Bilbao have been one of the most productive developers of young players throughout Spain, and the club continues to successfully promote and produce fine players from its cantera, for example young players such as Susaeta and Javi Martinez provide recent illustrations of this success.

Yet with the "cantera" policy, and this focus on youth development, as well as the club's role and inextricable links to Basque nationalism, there is no doubt that for Bilbao fans, players that come through the "cantera" system take on a symbolic nature.

In the case of Etxeberria, he is certainly something very special. Though developed in the Real Sociedad youth team, Etxeberria is very much an Athletic Bilbao hero. His peak as a player coincided with Bilbao's most successful period, when they finished second in La Liga in the 1997-98 season.

Etxeberria formed part of an successful all-Basque attack, including Ismael Urzaiz and Julen Guerrero. On top of this, Etxeberria is Bilbao's second highest appearance maker ever, and if he were to make it to 500 then he would hold the record.

For Athletic fans, Etxeberria is a hero--affectionately nicknamed "El Gallo" due to his long neck--and he has continually providing entertainment for the diehard fans who appear week-in, week-out at San Mames, and his generous act is as much a tribute to those fans as it is for the club.

Regardless of what you think of Basque nationalism, the terror tactics of ETA and all its trappings, one thing is sure. Athletic Bilbao as a club are representatives of a single nation, the Basque nation, and as such bear a special place in the affections of not only the hearts of its own fans but of the whole of the Basque people throughout that region.

As generous an act as Etxeberria's offer to pay for free is, the act itself is illustrative of something much greater. That Athletic Bilbao are truly more than a club, and as such they mean so much more, both to its fans, to its nation, and indeed as Etxeberria's act shows, to its players too.

Editor's note: This story was brought to our attention by www.euskalkultura.com, and it first appeared 10/6/2008 online at bleacherreport.com and is reproduced here in case it is re/moved.

To read more about the team click on http://en.wikipedia.org/wiki/Athletic_Bilbao