Juan Antonio Urbeltz has played a leading role in the world of Basque dance and culture for a generation, and his mark is clearly visible today, specifically in bringing about a profound change in how Basque dance groups think about dance and how they now present it.

Urbeltz and Theories on Carnival and Sword Dances

The work of Juan Antonio Urbeltz (Iruna-Pamplona, 1940) in the world of Basque folklore is multi-faceted.  His experience and teachings provide us a unique opportunity to look into the world of folk dance to learn something more about the Basque people.  He has played a pivotal--if not the central role--in a virtual revolution in the world of Basque dance:  how it is prepared, portrayed, presented and understood.

Urbeltz is both an innovator and perpetuator.  His early work included researching and creating an atlas of Basque dance. In doing so he and his group Argia resurrected many traditions and raised consciousness about the wide world of traditional Basque folk dance leading to a renaissance of Basque folk dance.  After years of study, he embarked on the creation of new dances always based on traditional elements. His seminal works on the metaphors in Basque dance and in English Morris dance as well as other European traditions has opened new pathways to interpreting traditional dance. Recently, the film Dantza directed by Telmo Esnal has showcased the fruit of his labor, both in the excellence of technique demonstrated by the dancers he has mentored and in his theories which are presented in the storyline of the film. 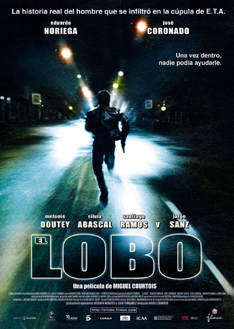