N.A.B.O. will honor the U.S. based berstsolaris, Jesus Arriada, Gratien Alfaro, Johnny Curutchet, Jesus Goni, Martin Goicoechea, in an upcoming N.A.B.O. Berstolari Special Tribute (Omenaldi Berezia) for their contributions over the years at many N.A.B.O. events and N.A.B.O. member events. This tribute will showcase the four active U.S. bertsolaris along with two bertsolaris from the Basque Country in a full ninety-minute bertsolaritza performance. English translations of the bertsos will be done in real-time on an adjacent screen and the translation team will be anchored by berstsolari expert Xabier Paya. The performance will be followed by a dinner and will be hosted at the San Francisco Basque Cultural Center.

Full format Bertsolaritza (75 minutes) featuring the four active bertsolaris, Gratien Alfaro, Johnny Curutchet, Jesus Goni, Martin Goicoechea, along with Sebastian Lizaso & Aitor Mendiluze of the Basque Country with a special introduction by Joxe Mallea English translations of the bertsos will be done in real-time on an adjacent screen. The subject-giver will be Todor Azurtza.

Mercedes Mendive will provide entertainment during the aperitif and dinner. 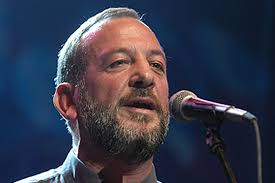 Born in 1958 in the Gipuzkoan town of Azpeitia. He was a finalist in the 1982 championship, champion in 1986 and runner-up champion in 1989 and 1997. Son of the bertsolari Joxe Lizaso, he followed in his father's footsteps in the setting of his family tavern in the district of the town known as Landeta. As such and unlike his contemporaries, he is a self-taught artist. He did not participate with them in youth contests and championships but when, at the age of 24, he became the 1982 finalist, he had already acquired a fame and had considerable experience, through his performances in town squares and village halls throughout the country. He repeated his victory the following year. Sebastian Lizaso, apart from being one of the great figures of bertsolarismo, has known how to adapt to singing with the youngest of the new generations of bertsolaris: no doubt the reason why he is the most known bertsolari in these public arenas. An employee in the motor trade for many years, he now works for the advertising department of Euskaldunon Egunkaria (the Basque language daily newspaper). Married with two children, the first of which is taking the first steps along the road to being a bertsolari. (source: https://bdb.bertsozale.eus/en/web/haitzondo/view/1302-sebastian-lizaso) 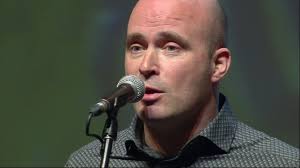 Born in 1974 in the Gipuzkoan town of Andoain. He is currently working as a teacher of bertsolaritza in several schools in the province of Gipuzkoa. He studied Engineering during some time and he has a Bachelor's Degree in Social Education. He approached bertsolaritza at school in the first place; afterwards, he continued fostering his passion at the bertso-eskola (bertsolaritza workshops) in Hernani and Andoain.

He achieved the second position in the National Bertsolaris Championship in 2017; he has taken part in all the finals since 2001. He also got the txapela (the beret which represents the victory) in the regional championship of Gipuzkoa twice: in 1995 and 2007. He won the first one just at the age of 20; it was the first time he joined the competition. (source: https://bdb.bertsozale.eus/en/web/haitzondo/view/1409-aitor-mendiluze)