At the Winter NABO meeting in San Francisco (Feb. 2012) delegates were presented a report by Kinku Zinkunegi (of HABE of the Basque Government) about the current status of Euskara.  There is reason to be optimistic, but the challenges remain to sustain a minority language such as Euskara. 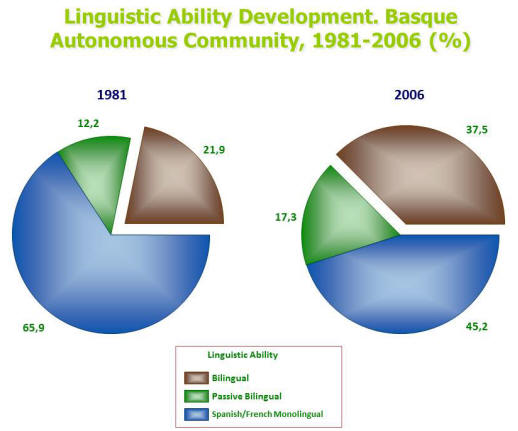 The efforts to promote Euskara are bearing fruit.  In the three historical regions of Araba, Bizkaia & Gipuzkoa, these are the overall numbers. 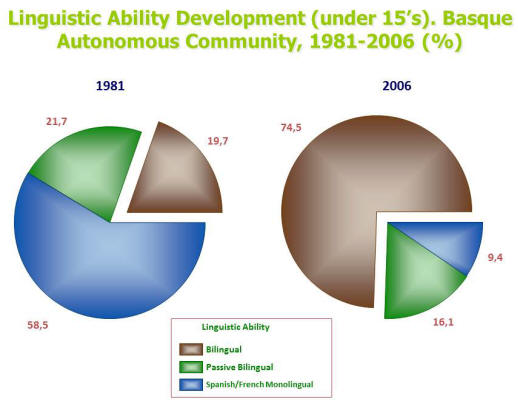 Reason for optimism:  in the three historical regions of Araba, Bizkaia & Gipuzkoa, these are the overall numbers 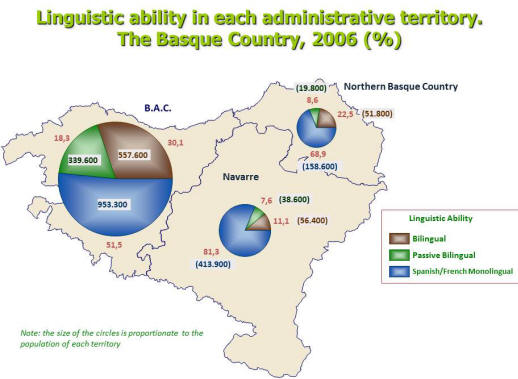