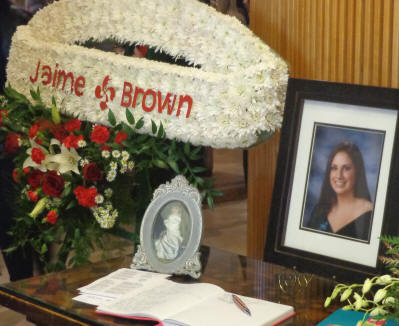 Los Banos' Jaime Brown in her brief 19 years left quite an impression.  She embodied much of what our federation hopes to accomplish: creating positive connections among Basques throughout our various communities.

Read article about Jaime in EuskalKazeta

As an international federation of Basque organizations it is not possible to pay proper respect to all those Basques who have passed away; generally that is something that is done at the local level among family and friends.  But the recent death of Jaime Brown (Heguy) of Los Banos, California reminds us about something special that we have as a Basque community--a community that notices when people die, and a culture that always allows us to express ourselves beyond the spoken word in music, song and dance.

DOLUMENAK.  First and foremost our condolences go out to Jaime's family and friends.  She finally surrendered after a two year battle with cancer.  In her young life Jaime had forged many a connection with people young and old, Basque and non-Basque alike.  This was attested to by the overflow crowd at the funeral.  As the priest presiding at the funeral mass Father Mike Lastiri stated:  let us pray for the repose of Jaime's soul and for the consolation of her family and friends. 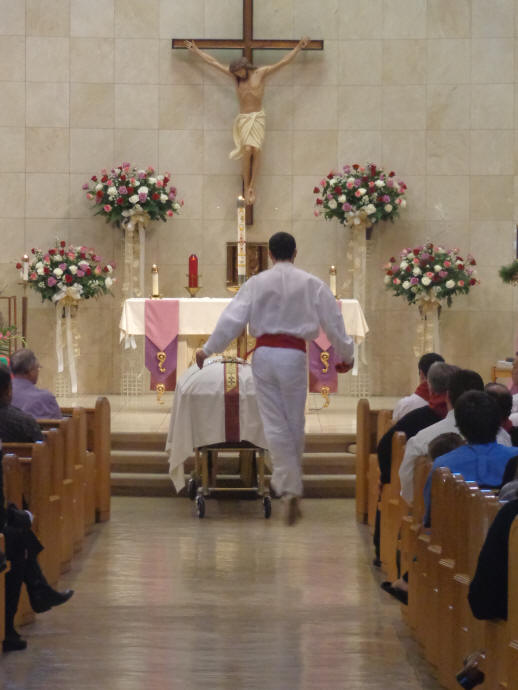 Jaime's friend Christian Jauregui dancing "Agurra" at the end of the service.  The word "agur" in Basque doubles for both hello and goodbye.  The dance is performed as a tribute.

RITUAL.  When she was laid to rest on Dec. 10, 2012 there was a huge outpouring of support; Los Banos' St. Joseph's Catholic Church was filled to capacity with people from the local area but also from many other parts of California and beyond.  Jaime was very active in her local Basque club in Los Banos, and beyond that forged bonds with many other Basque communities; she also participated in NABO's Udaleku (Basque Summer Culture Camp) as one of our aides working patiently and diligently with the kids in her charge.  It was an impressive testament to her that so many young Basques from outside Los Banos also made the trip to her funeral. 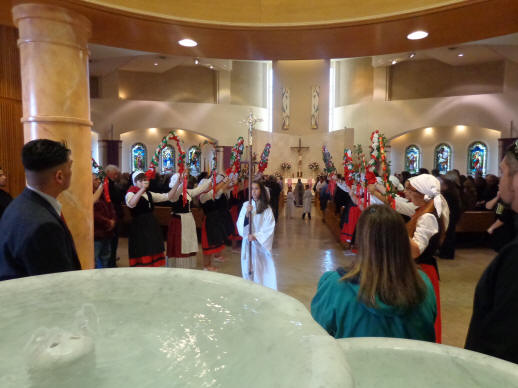 There are many strengths living when and where we do; for example, until recently, for many everyday life was much more harsh and many more generally lacked comfort, plenty and opportunity—just ask the older folks in our community how things were harder when they were young.  However modern society has not yielded a perfect society nor will it ever:  note that the word for this perfect society is ‘utopia’ that derives from an imaginary island.  Thus every strength brings with it a weakness, and one of those is that in our modern, individualized and secular society, people can pass away with hardly anyone noticing.  In our Basque community, however, this rarely happens, because people are still connected at a more local level—we know each other—and we still get together to partake of Basque and Catholic rituals that keep us connected.  One of these rituals is that we go to funerals.  They are not easy to attend because frankly they are sad events; Basque weddings are much more fun.  But it is important that we participate in these rituals. 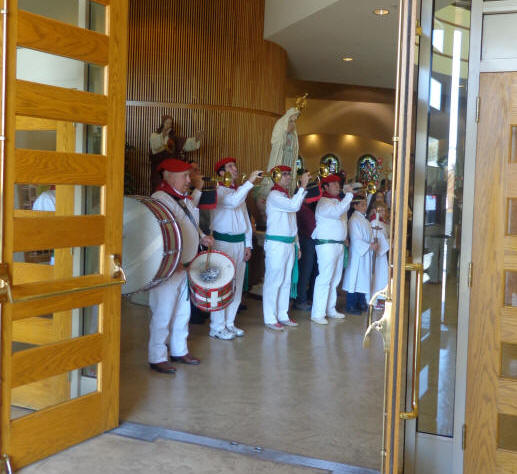 Klika members from San Francisco made the trip to play their last respects with music.

The funeral service was a celebration of Jaime's life, and it was celebrated with Basque music, song and dance.  These Basque rituals give us a means as a community to express ourselves when finding the words is difficult or when words are not enough.  During the funeral mass Klika players played the bugle and drums while dancers held hoops as an honor guard for their departed friend.  Txistu music was played, and Basque was the main language for the mass songs.  It was a nice touch that people were able to respond in non-verbal ways.  At the reception, for example, it became apparent how fortunate Basques are to have these alternative means of communicating.  Not all cultures offer as many options, as Rodney Gallop noted a century ago when he referred to Basques has having a "living museum" of continuing many traditions that many of their neighbors had let go.  Basque culture affords various non-verbal ways of expressing ourselves.  For example, the Basque dance "Agurra" is a performed as a tribute in place of giving a speech, as was done at the Funeral Mass.

Several hundred people attended, Basque but mostly non-Basque.  It was impressive that a group of family friends got together to make the meal for so many; others put together audio and visual remembrances as well.  But it was a nice touch that Basques were able to fulfill Jamie's family's request to dance a few of her favorite dances. 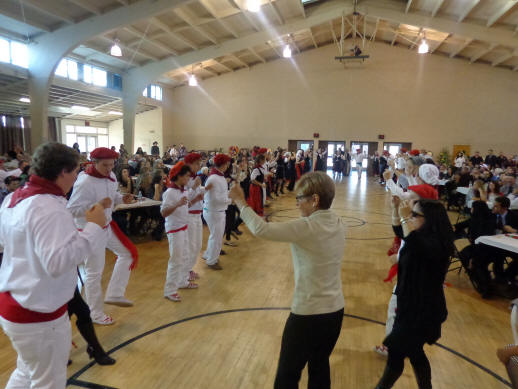 The family requested that dancers perform some of Jaime's favorite dances, that included this Fandango at the reception. 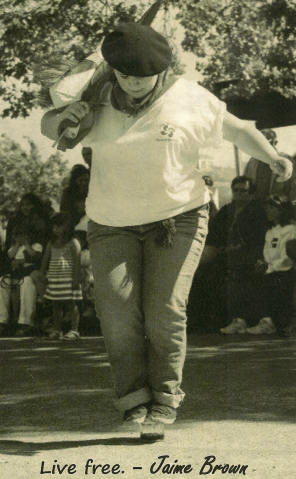 God looked around his garden
and found an empty place,
He then looked down upon the earth
and saw your tired face.

He put his arms around you
and lifted you to rest.
God's garden must be beautiful
he always takes the best.

He saw the road was getting rough
and the hills were hard to climb.
So he closed your weary eyelids
and whispered, 'peace bethine'.

It broke our hearts to lose you
but you didn't go alone,
For part of us went with you
the day God called home.
~Funeral mass booklet