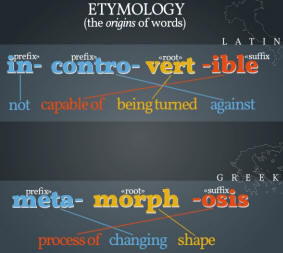 First and foremost:  a previous Astero posting stands corrected.  So thanks to readers’ responses we have a lot more to learn about Udazken and the names of the other Basques seasons, but also etymology as a national Basque sport.

Sometimes while composing an Astero notice I anticipate that a particular topic might solicit a number of responses.   And while I thought that a few periodic notices about the dealings of E.T.A. or Basque politics in general would garner some replies, I have to admit that I didn’t see this one coming—but I should have.

In a previous Astero email notice, I threw in a mistaken reference as an add-on to encourage people to view some online material (photo presentation & Udazken koloretan) about Autumn in the Basque Country.  For the record, there is no definitive etymological evidence that links ‘uda’ with ‘ura’.  Udazken is just the Basque word for Autumn and I should have just left it at that—period.  Instead I became embroiled in an etymological controversy.  Etymology is the study of the history of words, their origins, and how their form and meaning have changed over time.  It seems that this study is not confined to just a handful of participants; many a Basque takes an interest in this.

Professor Joseba Gabilondo had a great analogy:  he noted that “etymology is a Basque national sport, almost as popular as mus, and in which there is just as much bluffing ;-)”  It seems that I stumbled into this national sport and I got it from many sides.  My bluff was called!  So thanks to readers’ responses we have a lot more to read about Udazken in particular and Basque etymology as a national sport in general.

This Basque national sport of etymology goes way back, and there have been some wild leaps made to explain Basque etymological connections.  One such example is that of the Abbe Diharce de Bidassouet (1765-1843).  In his attempt to make the case that Basque  was the original language spoken prior to the linguistic fragmentation resulting from the Tower of Babel (the biblical story in which God thwarts the human effort to build a high tower to reach the heavens), he put forth a very creative (bluff ;-) theory.  He believed that Gipuzkoa (Guipuzcoa spelling in Spanish) as one of the seven historical regions held the key.  Gu-iz-puzk-ko-ak, he stated meant “those whose language was broken!”  So presto:  Basques were there at the Tower of Babel moment.

There are plenty more examples.   Manuel de Larramendi (1690-1766), who wrote the first Basque grammar book, was not as assertive and instead assigned Basque a place among the seventy-five languages that followed the collapse of the Tower of Babel.  A final example was the Abbe Dominique Lahetjuzan (1766-1818) who claimed that Basque proved the story of Genesis.  Apparently the originality of Basque verified the divinity of Genesis. Unfortunately, these and other explanations offered little solid evidence for their claims and instead relied on questionable etymologies and assumptions (bluffing?).  But for a time, these claims were taken seriously.  The Gipuzkoan priest Erroa petitioned the Chapter of the Cathedral of Pamplona, which after months of deliberations, accepted his theory that Basque was the language spoken in the Garden of Eden!So there we have the reach of this sport to the beginning of the human story.

Basque speakers can’t help it:  we love to throw in on these matters about the meaning of Basque words.  Last Summer (2012) Lourdes Auzmendi, from the Ministry for Language Policy of the Basque Government, while addressing NABO delegates  admitted that she could not “resist the temptation to refute the hypothesis that makes Basque a Stone Age language.”  She noted that many had likely heard about the ancient origins of the language because of the supposed connection the word aizkora, “axe” (whose first element was supposed to be haitz, “rock”) as the root word for Basque tools.  “Nothing could be further from the truth” she affirmed.  “Aizkora is a loan from post-classical Latin (asciola), not a palaeolithic term” she said.

So the players of this national Basque sport are many but not all play the game with the same level of expertise.  One good place to check out Basque etymology is the late Larry Trask's work posted at  www.scribd.com.  Also check out his FAQ page.

So were did the Basque seasonal names originate?  Several Astero readers wrote that in earlier times there were only two names for the seasons in the Basque Country.  In the context of the pre-agricultural era when human groups survived as hunters and the gatherers, the original two Basque seasons were  "uda" (summer, the warmer season) and "negu" (winter, the colder season).  But as Basque society transitioned from a hunting and gathering society to one based on agriculture, other terms were needed because of the extended growing cycle of crops.  So uda was partitioned into Spring or udaberri ("new Summer"), Summer or uda, and finally Autumn/Fall or udazken or the "last of Summer".

A similar thing appears to have happened with the Basque week.  It seems that earlier Basques had only a three day week.  Aste is the Basque word for week (and of course the root word of our weekly Astero bulletin!).   So still today we have the Basque words (in most dialects) for Monday, Tuesday and Wednesday as aste+lehen (“the first of the week”), aste+arte (“between the week”), and aste+azken (“the last of the week”).  Then later when the seven day week became the standard four new day names were added.  This week changing was not just an isolated Basque incident:  the French revolutionaries of the 1790s, for example, tried to change the week to ten days.   Now I really hope this is correct information that I am repeating or else I’m going to get another wave of emails and the national sport will go another round!  And so it should.

You never can tell.  What I was hoping for was to get some responses to our request for ideas for our new look NABO website.  I didn’t get too many of those, but I did get numerous replies to the Udazken reference.  And that’s a good thing because the passion for these discussions emanates from a deep personal connection that most all Basque speakers have with their language.

Estimates vary but a general one places the number of Basque speakers at just over a half million; this places Euskara on  UNESCO’s  endangered languages list.  Basque speakers are self-aware that theirs is a minority language, so when one encounters a fellow Basque speaker a special bond of sorts develops.  Euskara remains a very personal language for many people.  An earlier story related to this is at  Euskara as a secret passage which profiles the intimate, hidden world of Euskara.  One way to explain it is with the comment by Arika Okrent:  "A language isn't something you learn so much as something you join."

So with this national Basque sport, let the games continue:  Enbido!  The word enbido comes from the Spanish “I invite you” to open a round of betting.  Now let’s see if that sparks another round!