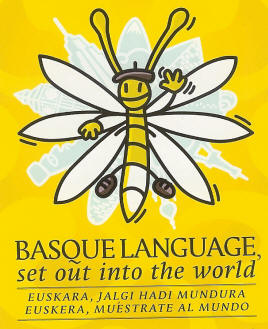 In 1545, Bernard Etxepare wrote a book called Linguae Vasconum Primitiae, the first book in Basque, with the aim to promote our language.  The Etxepare Basque Institute is making that wish come true, and is committed to promoting the Basque language and culture all over the world.  These are portions from one of their recent brochures. 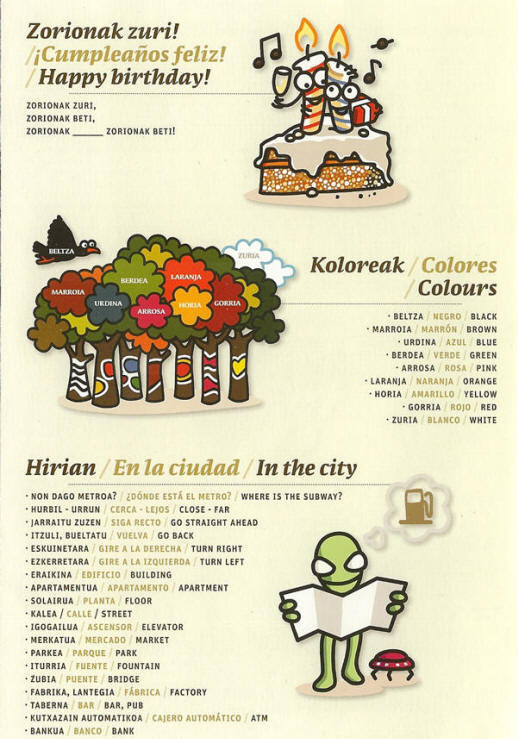 BASQUE SOCIETY.  The Basque society has its origins in stone farmhouses in green valleys, small fishing villages and busy coastal shipyards, the iron mines and mills of the Margen Izquierda in Bilbao, industry and tourism.  All of these are at once present in a territory that although small in size, is large in its ambitions.  Tradition and modernity are at the heart of what moves the ever innovative Basque society, and if in the Merry Wives of Windsor (1602) Shakespeare sings praise to the gleaming Basque iron from which the finest swords were forged, then today it is the bright titanium of the Guggenheim Museum of Bilbao which reflects the Basques equally bright future. 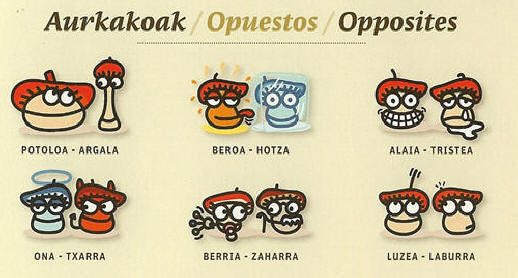 Basques know that it's far better to get just a little bit often rather than a lot occasionally; we do love sumptuous tables, but what would become of us without our tavern rounds, drinks and "pintxos"?  The most delicious delicacies for the palate simply joined together with a toothpick; hence the name "pintxo"!

The French philosopher Voltaire wrote about the Basques that they were those people who danced and jumped at the foot of the Pyrenees.  Today we still dance with the melody of the "txistu", basing our traditional dances in classical dance and fusing it with the contemporary. 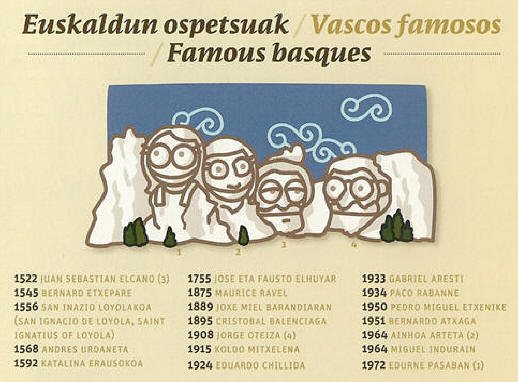 BASQUE A to Z

BERTSOLARI.  Sung verse improvization.  Bertsolaritza is the art of singing extemporary composed songs in Basque according to various melodies and rhyming patterns.

VASCO, BASQUE.  Term used by Strabo to refer to the Basques, Euskalduna.