NABO delegates gathered in Salt Lake City during a break in the snowfall, for their winter meeting in February 2008.  Many thanks to our hosts, the members of the Basque Club of Utah, for a fine working and playing weekend.  Here are some photo memories:

Delegates get a kick out of what Lisa Corcostegui is presenting.
Lisa is helping to coordinate some new initiatives for Basque youth, including the creation of teacher packets for use in periodic classes or workshops. 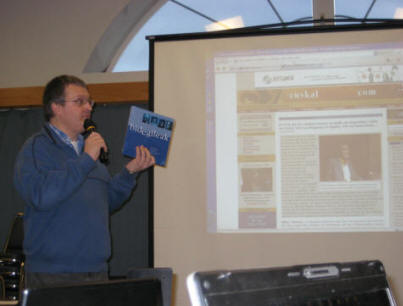 Joseba is also the creater of the popular Basque news website euskalkultura.com 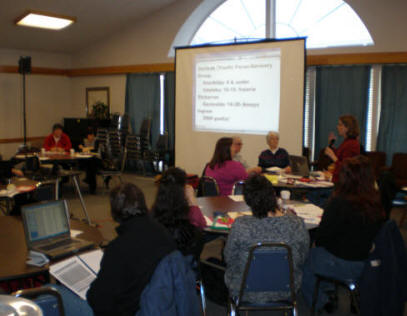 The business at the meeting included reports on various NABO initiatives, including this one on Udaleku by Valerie Arrechea.

This year NABO will also be putting a new program for young Basque adults ages 16-20 for a week, called Gaztealde. 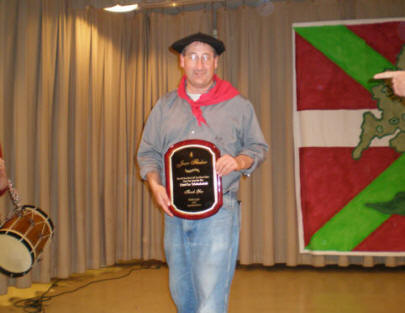 Jean Flesher was honored for his many years of playing music for the Utah dancers. His music has been a great asset for all Basques.

The dinner was highlighted by the performance of the Utahko Triskalariak that keeps the Basque dance tradition. 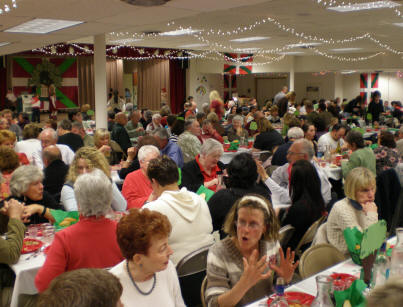 This is the Basque Club of Utah's major annual fundraiser which helps them to keep going with dancing, mus, cooking and Euskara lessons. 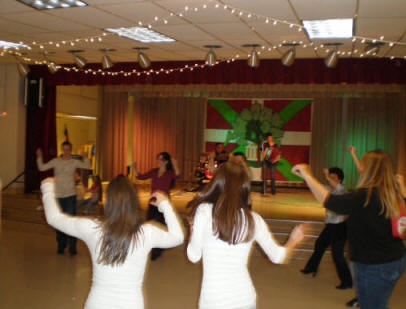 The evening concluded with some fine music and dancing for all.

MIL ESKER!  Thank you to our hosts, the Basque Club of Utah, for a wonderful weekend.