During this year of the pandemic where Carnival celebrations around the world have been cancelled, Eibar's Kezka dance group and Kokomarru konparsa created a video to reflect what Aratuste or Carnival looks like in the rural areas of Euskal Herria.  One look at the video reveals that these are “without a doubt authentic, rustic and popular celebrations that are generally not well-known.” These celebrations also differ greatly from celebrations in more urban areas.  The video filmed in the Mandiola Valley includes music provided by Adolfo Jainaga, Unai Narbaiza, Enrique Montero and Iraide Ansorena.  The creators would also like to thank Azpiri and Mandiola Azpi farms. It also includes images by Idoia Lahidalga, and all in collaboration with the Eibar City Council.  View the video below or click here. On egin!

The Escape Miniseries to Stream in United States 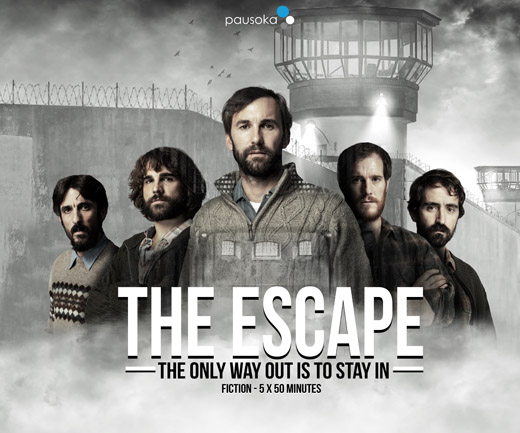 Pausoko Entertainment, a Basque production company, has reached out to us since its miniseries “Ihesaldia” (The Escape) will be available in the US the week of February 27th.  Real events at the Basauri Prison (Bizkaia), in December of 1976, inspired the miniseries when a group of five prisoners escaped “Two ETA prisoners; one PCE prisoner and two common prisoners joined forces to carry out one of the most bizarre escapes in living memory,” just days before the General Amnesty was decreed by the Spanish Government. This is the first time that a series filmed in Basque will be available on a US streaming platform.  For more information on the series, or where to watch it, please read their Press Release.  All episodes are available with Spanish subtitles.