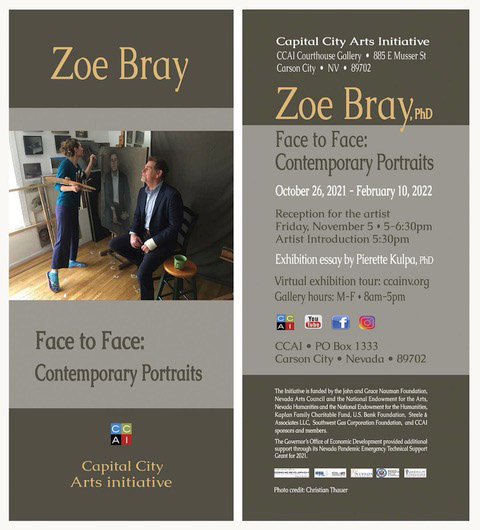 Basque artist, Zoe Bray, has reached out to let us know that her exhibition “Face-to-Face: Contemporary Portraits” is being featured at the Capital City Arts Initiative October 26-February 10, 2022.  There will be a reception this Friday, November 5th from 5:00-6:30pm and all are welcome.  The exhibit features several portraits from different periods, and inspired by the various places that she has lived.  Some are of Basque Americans painted by Bray, which have also been part of a touring exhibit in the Basque Country since 2019.  For more information on this Friday’s event, or Bray’s work, click here. 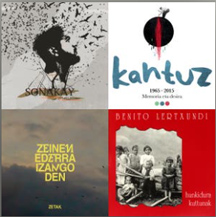 Mikaela Goicoechea, NABO Music Programs Director, has created a new Spotify playlist for your enjoyment.  This one entitled, “Herrimina” (Homesickness) features “songs that celebrate the Diaspora and songs that play to the nostalgia of leaving, or being far away from Euskal Herria.” To enjoy this new playlist, click here.

Recordings of Benedictine Monks from Aldude

Mitch Gariador has shared some information with us that may be of interest to many of you.  Mikel Erramouspe, who is from Aldude, has compiled a series of recordings that tell the story of 17 Basque Benedictines from Aldude who were important members of the Belloc Monastery, and who have served as missionaries around the world.  It begins with Louis Odilon Ardans, and continues with a number of his nephews including Fr. Adrien Gachitegui who wrote Basques of the American West. To listen to these recordings, click here.  Mitch also shared an article that he wrote about these monks that is available here.