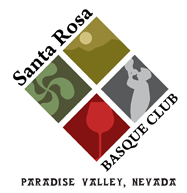 This year’s NABO Mus Finals will take place this Saturday, June 1st, in Winnemucca, Nevada hosted by the Santa Rosa Basque Club.  Forty-five teams representing NABO Basque clubs will be treated to breakfast at 7am followed by tournament registration and play beginning at 8am.  Each player will also receive a goody bag full of surprises provided by the Santa Rosa club and businesses and organizations in Paradise Valley.  Tournament winners will represent NABO at the International Mus Tournament, October 12-19, 2019 in Bayonne, France.  After the tournament, everyone is invited to stay and enjoy entertainment by Mercedes Mendive at Bakarra Basque Bistro, formerly known as Ormaechea’s.

Last weekend we celebrated NABO’s annual convention in Bakersfield, California hosted by the Kern County Basque Club who was also celebrating its 75th Anniversary.  The weekend was full of activities for young and old, and was enjoyed by many.  You will find the results of the pilota games on the Pilota Events page. It was our pleasure to present NABO's Bizi Emankorra award to Mayie Maitia, Anne Marie Minaberri, and Maite Curutchague. You can read their biographies on the Bizi Emankorra page. Txerriki winners were Marin Sonoma Basque Association for tripota, Billy Bookerberry for lukainka, and Michel Hardoy for txorizo. Zorionak deneri! We have put together a photo album of Friday and Saturday events for you so that you can too share in the festivities. Photos thanks to Lisa Corcostegui. Enjoy!

The Temblor Brewing Company of Bakersfield invites everyone to join them this Saturday, June 1st from 5pm-10pm for the release party of its new Almond Beer “On the Fritz.”  The event is a fundraiser for the local FFA Program with $1.00 of each “On the Fritz,” sale going to that organization.  There will also be live music for everyone’s enjoyment, and the event is free and open to the public. For more information, please see their flier.