Lunch and Junior Mus in Chino

The Chino Basque Club will host a club lunch this Sunday, March 24th from noon to 8pm.  The menu will include lamb stew and chicken, and cost of the meal is $20 for adults and $10 for children. After lunch, they will also host their Junior Mus Tournament.  There will be two age categories, Group 1 from ages 10-13 and Group 2 ages 14-17.  Winners of this tournament will play at the NABO Jr. Mus Tournament that will take place in Bakersfield as part of the NABO convention activities.  Interested players should sign up at the ticket table at lunch.

Conversation about the Work of Kirmen Uribe in New York

The Delegation of Euskadi in the US is pleased to invite you to a “Conversation about the Work of Kirmen Uribe,” on March 27th at 7pm at the KJCC Auditorium (53 Washington Sq. South, NYC), as part of the Creative Writing in Spanish Series.  Kirmen Uribe is a renowned Basque writer, considered one of the most relevant of his generation. His first novel, Bilbao-New York- Bilbao, has been translated into more than 15 languages, and his works have received several awards including the PEN Award for Poetry in Translation.  Uribe has also been selected for the International Writers Program, and recently won the Cullman Center Fellowship. For complete information on the event click here.  There will also be a reception following the talk. 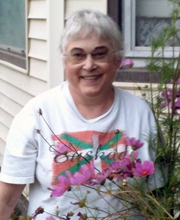 It is with a very heavy heart that we share the passing of Cheryl Echeverria this week.  Cheryl was the wife of long-time NABO President and Elko Euzkaldunak Delegate, Bob Echeverria, who passed after a long-fought battle with illness.  Bob credits his long NABO career, and activity in many other Basque initiatives, to the support received from home. This support has also contributed to Bob and Cheryl’s three sons, as well as grandchildren, continuing to be very involved in their Basque communities and NABO events, and their deep awareness of their Basque heritage.  There will be a celebration of Cheryl’s life on Saturday March 30th at 4:30pm at the Elko Euzkaldunak Basque Clubhouse.  On behalf of everyone at NABO, we would like to extend our sincerest condolences to Bob, Tim, Matt and Dominic and their families. Goian Bego.