The Chino Basque Club has let us know that the Mus Tournament originally scheduled for this Saturday, February 2nd, will now take place on Saturday February 9, 2019.  Cost to participate for members is $30, which includes lunch, and $50 for non-members. The event begins at 8am at the Chino Basque clubhouse. 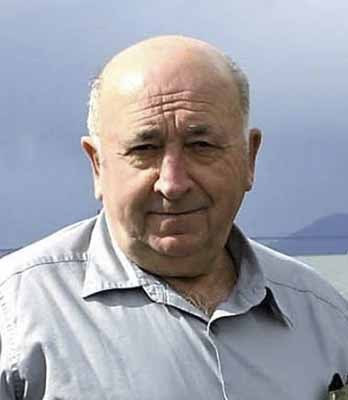 We were also saddened by the news of the Xavier Aphessetche’s passing on January 22nd.  Originally from Irisarri, Xavier married and raised his family in Chino, California where was a member of the Chino Basque Club since 1973.  Many in NABO knew Xavier through his involvement in Pilota.  Owner of his very own Trinketa, he generously hosted many NABO pilota events, including during Udaleku.  He was also known for his love of singing and his talent for remembering every verse of a song.  Information on Xavier’s services can be found here. On behalf of everyone at NABO, our sincerest condolences to his daughter Cathy, his sons-in-law and grandchildren. Goian bego.

The Basque Club of Utah will host its 36th annual dinner/dance on Saturday February 9th at St. Vincent Catholic Church, in conjunction with NABO’s Winter Meeting.  The event will begin at 6pm with a social followed by dinner at 7pm.  Cost of the meal is $25 for adults and $12 for children 12 and under.  Reservations can be made online at Eventbrite, but seating is limited so don’t miss out.  Besides wonderful food, the evening will also include dance performances by the Utah’ko Triskalariak, raffles and a silent auction, followed by a public dance to the music of Jean Flesher.  For complete information, visit their website.

The San Francisco Basque Cultural Center will celebrate its 37th Anniversary February 16-17, 2019.  Festivities will begin on Saturday at 4pm with Joko Garbi with players from Kapito Club Iparralde followed by Eskuz Pilota with players from the Euskadiko Euskal Pilotako Federakuntza.  This will be followed by dinner and a dance to the music from a blast from the past, EGAN, from Gipuzkoa.  Sunday’s events will begin with mass at 10am with the participation of the Elgarrekin Choir, Klika, and Zazpiak Bat Dancers.  The 2019 Bizi Emankorra Awards will also be presented after mass.  Lunch will follow, with more pilota in the afternoon. Complete information, including meal prices and how to RSVP, is available on their flyer.