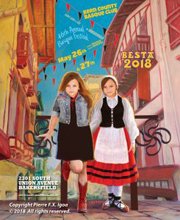 The Kern County Basque Club will celebrate its 46th annual Basque Picnic this weekend, May 26-28th at its clubhouse (2301 South Union near Planz Road, 93302). Festivities will begin on Saturday at 8am with registration for a cash Mus Tournament. Cost to participate is $35 per player, and first place will take away $500 with second receiving $250. Lunch will be served at noon, followed by pilota matches featuring local players, as well as an elite pilota exhibition with professional players from the Basque Country. Sunday events begin with mass at 10am celebrated by Monsignor Craig Harrison with the participation of the KCBC Klika and Choir. After mass lunch will be served, followed by dance performances and more Klika. Pilota will resume at 5pm with players from Euskadi, and the public dance will begin at 7:30pm to the music of Amerikanuak. There will also be a drawing for cash prizes Sunday night. For complete information including cost of meals, please visit their website. Besta hun deneri! 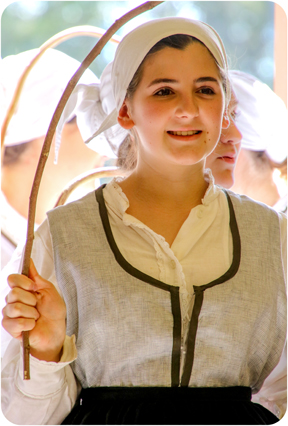 This week we are proud to announce the first recipient of the Grace Mainvil Memorial Scholarship, Giselle Moulia, member of the San Francisco Basque Cultural Center. This scholarship was created to honor NABO's long-time treasurer, Grace Mainvil, to provide Udaleku tuition for a student in his/her last year of camp. Giselle (Gigi) is now getting ready for her fifth Udaleku experience in Reno, NV July 8-20th. The scholarship application requires an essay in two parts: a) what impact Udaleku has had on you and b) what advice would you give to a new Udaleku camper? In Gigi's response, she stressed the importance of meeting new people at camp, not only among the campers, but also the experiences she has had with various host families she's stayed with. She credits Udaleku too with her increased knowledge of the Basque culture that now enables her to better respond to the question, "What's Basque?" When asked for advice for new campers she said, "The biggest piece of advice I could give to a new camper is to push yourself to step out of your comfort zone, whether that be trying a new sport or meeting new people. This is a key part of Udaleku…" Well said Gigi, and Zorionak! Read Gigi's full essays here. 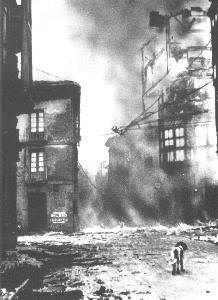 Basque Government intern, Iñigo Medina, has also let us know about an opportunity for clubs wishing to host the exhibit "The Bombing of Gernika" in their clubs/delegations. The Basque Government has recently signed an agreement with the Gernika Peace Museum Foundation that will allow for temporary use of the exhibit's archive for dissemination abroad during 2018-2020, with the possibility of renewal. If your club or entity would be interested in hosting the exhibit, you can get further information by emailing Iñigo directly. More information is also available in this article on EuskalKultura.com.

If you are in the Reno area this Friday, May 25th, we would like to make you aware of Txakolina Fest to be held at Craft Wine and Beer in Midtown at 22 Martin Street. The event will begin at 5:00 and conclude at 9:00pm. There will be at least six txakoli varieties to sample as well as smoked chorizo. Along with dancing, the event will include a "Best Porron Pouring" contest. For more information visit their Facebook Event Page.