Annual Dinner and Dance in Ontario

The Ontario Basque Club will be hosting its 69th Annual Benefit Dinner, Auction and Dance, on February 27th at the Four Rivers Cultural Center. The festivities will include dinner at 6pm, followed by entertainment provided by the Beti Alai Dancers. There will be a live lamb auction at 8pm followed by a dance to the music of Amuma Says No from 9-11:30pm. Complete information and tickets are available for purchase on their website.

The Big Horn Basque Club will be hosting its annual Mus Tournament on Saturday, February 20th at the Cowboy Carousel Center in Buffalo, WY. The tournament is open to all members and cost to participate is $20 per player. The winning team will receive $800 towards travel to the 2016 NABO Mus Finals in Rocklin, CA on Saturday June 11, 2016. Card play begins at noon and lunch will be provided. The club is also excited to announce that it will be hosting next year's NABO Convention July 21-24, 2017. They are hoping to see you all there! Zaharrer Segi!

John Adams and the Basques 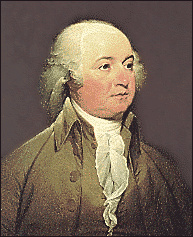 In recognition of President's Day we are including an article that some of our readers have shared with us from the Elko Daily Free Press regarding John Adams' travels through Spain and eventually the Basque Country. His experiences in Bizkaia were later used as an example of "democratic republics" as part of his argument for democracy in the US. This was also previously featured in the William A. Douglass Center for Basque Studies Blog that provides further information. Enjoy!