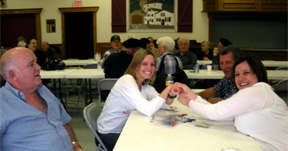 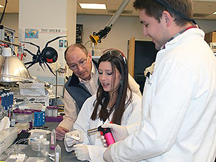 Danielle Gaztambide, of the Basque Club of Utah was recently featured in an article in the Utah State University's Utah State Today. Danielle is an undergraduate researcher at the Lewis Lab and is currently researching the use of synthetic spider silk to prevent infection. Gaztambide, along with another classmate, presented their findings to Utah's legislators on Tuesday January 26th. The entire article is available here. Danielle is the daughter of Josette and Marc Gaztambide, and granddaughter of longtime NABO president, Mary Gaztambide, and her husband Jean.

Donostia is 2016 Capital of Culture 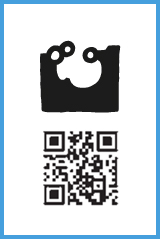 Donostia began inaugurating its year as a European Capital of Culture on January 19th in conjunction with the Tamborrada and continued the festivities through January 24th. European Capitals of Culture is a European Union project that began in 1985. Cities are selected based on a cultural program that "must have a strong European dimension, foster the participation and active involvement of the city's inhabitants and contribute to the long-term development of the city."

Donostia will be celebrating this honor throughout the year with a myriad of different activities that are available here. For more information on the events, or to read about events that have already taken place click here. To get information on your mobile device, scan the QR code on the right. Donostia is sharing 2016 with the city of Wroclaw, Poland.