Ontario, Oregon Basque Club will hold the fourth edition of its San Migel Celebration this Saturday. Aita Antton Egiguren will celebrate Mass at 12:00 noon followed by Mikel Deunaren Ezpata Dantza in the park next to the Basque Center. Activities will be outside if weather permits. This year's format is potluck. Bring your favorite dish and feel free to invite friends and family to join in a fun afternoon including a variety of games for all ages. For more information email: info@ontariobasqueclub.org.

The Archangel Michael is known as the patron Saint and protector of the Basque people. The Navarrese mountain of Aralar is considered the Basque home
of Saint Michael. Many of the ancestors of Ontario Basque Club were parishoners of churches in Bizkaia named after Saint Michael. Below, enjoy photos from last year's celebration. 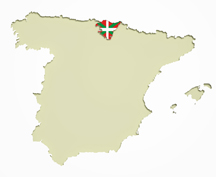 One of our readers shared the link to the following article with us: "Basques Reinvent Themselves as Education Power" published by the BCC News on June 15, 2016. The author suggests that with a focus on protecting the Basque language and fostering economic self-sufficiency, education in the Basque Autonomous Community bears a greater resemblance to that of Scandinavian countries than to those of its southern European neighbors. We hope that you also find it interesting. 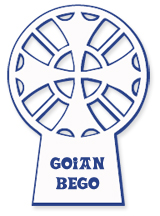 It is with heavy hearts that we extend our sincerest condolences to the Espinal family on the loss of their beloved son and brother, Michael Espinal. Michael was involved in both the Anaitasuna Basque Club and the Basque Cultural Center. The Espinal family has been very involved in NABO. Mike's father Tony, an avid Mus player, has helped NABO at international Mus tournaments and is a member of many clubs. Mike's sisters, Gina Espinal Aguerre (Jr. Mus Director), and Marisa Espinal (NABO Secretary), and brother-in-law Mike Aguerre (So. California Basque Club President), are also well known in the NABO family. On behalf of everyone in NABO and its member clubs, know that you all are in our thoughts and prayers. Michael's Obituary can be found here. Goian bego.